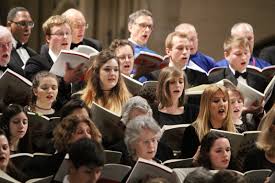 Annette was a healthy, and generally happy, 57 year who was physically active with healthy eating habits. She had, however, experienced several emotional stressors in her life, including a prior marriage breakup, and was currently dealing with an adult son who had a drug addiction for the preceding 18 years and was currently not coping well.  Additionally, Annette’s mother was beginning to show signs of dementia and becoming more and more dependent on Annette. She also had a stressful job as human resources (HR) manager for a care group.

Takotsubo trigger: Public performance-singing solo in a choir
Annette was singing a solo for the first time in a choir at a small concert.  She was very nervous and felt a bit shaky and her heart racing during the performance. Immediately afterwards, she experienced a sensation of pins and needles in the centre of her chest.  Once she had calmed down, the sensation subsided and she felt alright for the rest of the evening until she arrived home, when her heart felt like it was pounding and she had palpitations.  Annette put this down to nerves catching up with her, and although the palpitations continued, she managed to sleep for a couple of hours, until she woke with pain in her chest and back.

Medical management
Annette rang the GP, who saw her within an hour and took her blood pressure and an ECG, but all appeared to be normal. Her pain didn’t subside all day. The palpitations continued intermittently and were particularly worse when she lay down. Annette tried to walk to her local shop, but started to feel breathless after just a few steps, which worried her.  She rang the out of hours helpline for advice and was told to attend the hospital GP surgery. Again, the doctor on duty found a normal blood pressure and ECG. No blood test (troponin) was taken to check for myocardial injury. The doctor wanted to send Annette home, but she told him that she didn’t want to go home until she has an explanation as to why she was breathless and still having chest and back pain. Annette was then admitted to Accident and Emergency (A&E) where her ECG showed T wave inversion and her troponin levels were significantly elevated. It was assumed that Annette had experienced a myocardial infarction, but her subsequent angiogram showed no coronary artery blockages. Her left ventricle had classical changes of apical ballooning consistent with TTS.   Annette was told that she could expect a full recovery, and was discharged after two days with medication (an ACE-inhibitor and a beta blocker).  The consultant at the hospital was familiar with TTS and told Annette to avoid exercise, heavy lifting and housework for two weeks and just to ‘potter around’.

Life after Takotsubo
Annette did start to feel better after a couple of weeks and within a month resumed gentle exercise.  Her 3-month echo showed that her heart function had returned to normal.  Her ACE-inhibitor was ceased but she was advised to continue with her beta blocker medication to protect against a future occurrence.  She was discharged from the clinic with advice to seek help with managing stress.  On reflection, although the public performance (solo singing) appeared to be the catalyst for Annette’s event, she felt that the increasing emotional strain that she had been experiencing for some years was the cause. As she was at a very low point at the time of singing solo and in hindsight felt that perhaps she should have withdrawn from singing solo in the concert. The TTS experience made her realise that she needed to take better care of her emotional well-being and let go of things beyond her control. She sought counselling to help her process and cope with the emotional trauma resultant from her son’s drug addiction, and arranged for carers to help her mother while she was living in her own home. She initially reduced her working hours, but recognising that her HR role was stressful, she has since retired from that type of work. Annette continues to maintain a healthy diet, gets plenty of exercise and does things that she enjoys, including singing (though not solo)!  She joined the TTS group soon after it started because she wanted to learn about others experiences and help and support where she can and join in with lobbying for more awareness and research of this condition among healthcare professionals.

Key point  Taking the blood pressure and an ECG is not sufficient to rule out myocardial infarction or TTS. A troponin blood test must also be obtained around three hours or more after symptom onset and repeated if symptoms of chest pain and shortness of breath are ongoing.