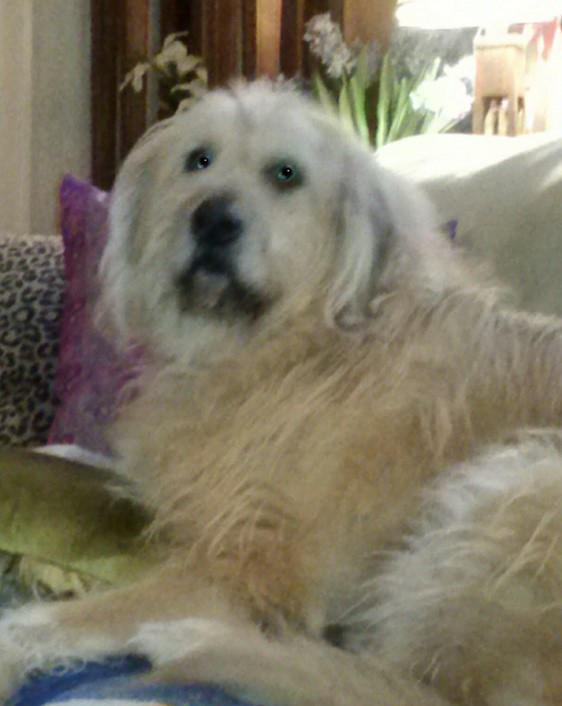 Buddy was Tom’s constant companion. On Christmas day 2013, Tom developed chest pain and was taken by ambulance to the nearest hospital.  After some initial tests he was sent home. Later that night Ellen went down to Tom’s workshop to check on him. She found Tom with Buddy lying across him. Tom was silent, and Buddy was crying.  Ellen called 911, and although they instructed her on how to perform CPR until the paramedics arrived, Tom was unresponsive. Whilst the paramedics were there, Buddy quietly put his head down on Tom and died. The vet told Ellen he thought Buddy had died of “Broken Heart Syndrome”. The consolation for Ellen is that Tom did not go alone. She had their ashes mixed.

It is not uncommon for TTS to be triggered in humans by the death of a beloved pet. Despite there being no published evidence of TTS occurring in pets, there is evidence to suggest that animals experience grief after separation from humans or another pet.1 Experimental studies show that TTS can be induced in animals. Studies using rats have demonstrated that TTS can be triggered in rat models by immobilisation stress.

Stories of people ‘dying from a broken heart’ after the death of a loved one were around a long time before TTS was recognised in humans. It may be that TTS due to grief can occur in some animals but conclusive diagnostic evidence is likely to remain elusive.