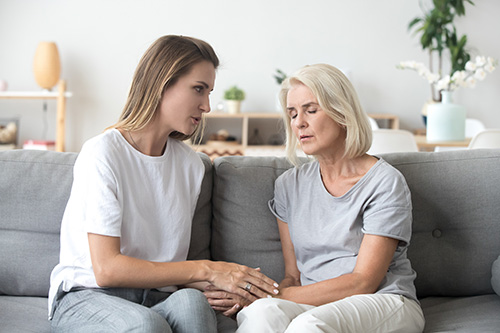 For most of her life, Sindy has experienced chest pain and breathlessness on exertion, but the only abnormal clinical finding (prior to TTS) was a defect in the heart’s conducting system known as a left bundle branch block (LBBB) found on Sindy’s electrocardiogram (ECG). The LBBB alone was not a diagnostically significant finding and is not uncommon in older adults.

Takotsubo trigger
At 76 years of age, Sindy developed chest pain after receiving a distressing phone call about a family situation one evening.  Although the chest pain lasted for quite some time, it felt better the next morning and Sindy did not seek help. A month or so later, Sindy’s daughter was involved in a threat to her personal safety, and Sindy had to the emergency number  to get help for her daughter.  She developed ongoing chest pain and was sent to hospital where she was diagnosed with TTS.

Life after Takotsubo syndrome
Sindy appeared to have recovered at three months after the event, though her echocardiogram showed moderate mitral regurgitation (one of the heart valves was not closing properly) and the LBBB was still present on ECG.Three years later, Sindy again experienced elevated blood pressure and was hospitalised after a blood test showed raised troponin levels indicating damage to the heart muscle. After this event she was given a diagnosis of idiopathic cardiomyopathy +/- microvascular dysfunction.  Her EF was normal at 53% but the left ventricle did not contract in a normal way. Sindy still has chest pain and breathlessness at times.

Key point It may be difficult to ascertain if recurring symptoms represent another episode of TTS or if there is another underlying cardiac problem.