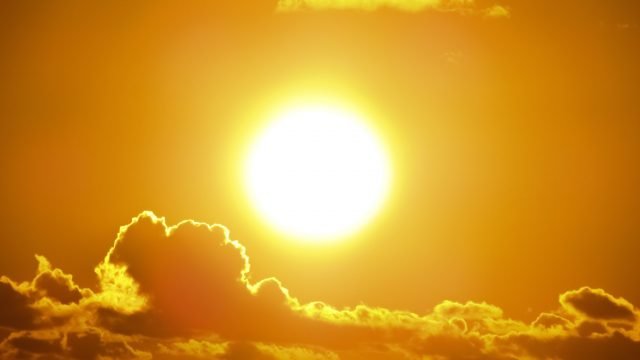 She was fit and healthy, went to the gym regularly, walked in a walking group, attended Tai Chi lessons and worked as a volunteer at a charity shop. Her home life was good. Apart from taking levothyroxine for decades and Telmisartan for a few months before TTS, she had no other illnesses.

Early December 2018 Trudi did some shopping in air-conditioned comfort in the city. After 2pm she made her way to her friends’ place. She had walked this distance many times and it took her about 25 minutes. It was hot (the forecast was 40 degrees C) but the large street trees made it bearable. Soon the trees became scarce and she was exposed to the sun. She wore a hat and had water with her, but she was beginning to feel very hot and uncomfortable. A short distance from Trudi’s destination she sat on a park bench and drank her last water. She arrived at her friend’s place, greeted a few people, and accepted a cup of coffee in the kitchen.

Suddenly Trudi felt dizzy and collapsed. She was told that she slid down the kitchen counter till she sat on the floor – still holding the cup of coffee! Her friends suspected heat-stroke, put a wet towel around her neck and called the ambulance. She was unconscious and perspiring profusely. She had experienced no pain or shortness of breath, but given the collapse, the paramedics treated Trudi for heart attack. Trudi doesn’t remember what happened in the emergency department (ED) as she was unconscious most of the time.

An angiogram confirmed clear arteries and Trudi was found to have TTS.

During the night she was monitored closely and at one stage a doctor was called in.Trudi does not recall what kind of treatment she received. Towards the morning her condition improved. She was visited by a representative of a double blind Takotsubo trial study conducted at the hospital and she agreed to take part. Consequently, she was hooked up to a 24 hours infusion, not knowing what it contained. On the other arm, she had 3 bags of fluid with potassium.

Trudi was discharged from hospital after 3 days with a prescription for 2.5mg Bisoprolol and 2.5mg Ramipril.

Trudi stayed home for a week and then went back to work and exercise. She felt ok but lost her confidence about how much she could do. For some time, Trudi’s memory was affected too and she was concerned as to whether her heart was weak or damaged.

One month after the event Trudi had an echocardiogram and the cardiologist declared that her heart was “normal”. The TTS study investigators followed up too with echocardiogram, blood test and another MRI. After 3 months Trudi discontinued the bisoprolol as the cardiologist said the merit of taking it was debatable. She is still on ramipril to help the heart and lower blood pressure.

Sometimes she thinks that she has had heart palpitations and perhaps is a little out of breath sooner than before TTS occurred, but she has never paid much attention to these things. At the moment she feels good and hopes the TTS was just a glitch that has now righted itself.